After Words formed in late 2014. Inspired by bands such as Tiny Moving Parts, Citizen and Seahaven they started to write songs rapidly. A year after forming, they released their debut album "Tiny Citizens" on blue cassettes via Backpack Records. After the release the band played multiple shows around Oslo and went on a short tour around England in 2016. Their latest release "Tip Tap Toe" is their best work so far and is available digitally now. 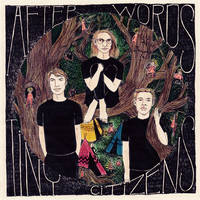